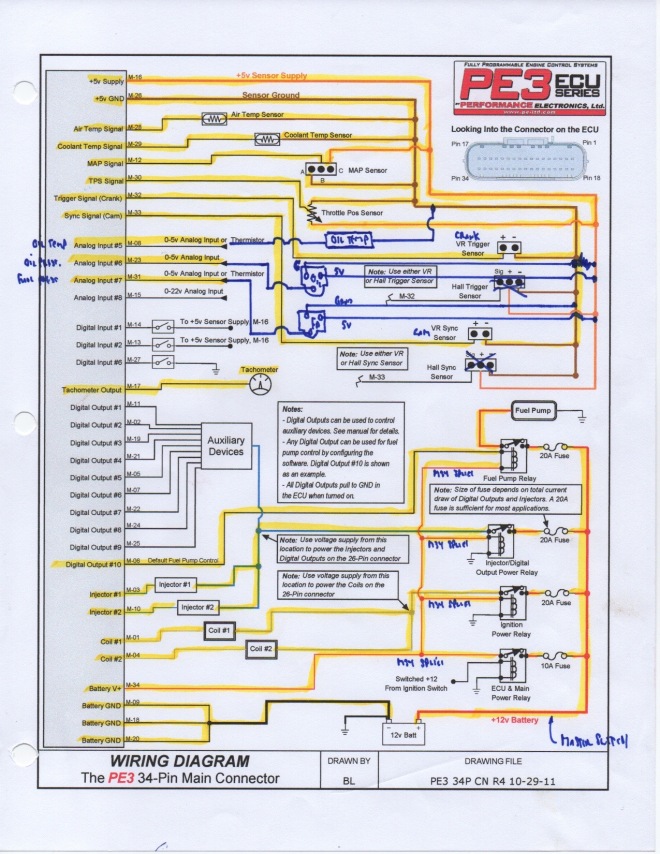 One of the reasons this project was so daunting was the complexity of the wiring diagrams. The cars I’d worked on in the 80’s only had about 11 or 12 wires. As seen above in the PE-3 factory diagram for the main connector, significantly more wires are involved. The highlighted wires were those utilized for the zetec necessities. The blue pen line interlineations were added following discussions with Tom Habrzyk (a West Coast distributor for Performance Electronics) for wiring the Oil Temperature, Oil Pressure and Fuel Pressure sensors. These sensors are not specifically referenced in the factory diagram.

PE-3 factory wiring diagram for the Comm Connector. Fewer wires involved from this side of the ECU. Primarily involved with, as expected, the communications functions. To the laptop. To the Dash. And to the Data Logger. But two of the wires, C-12 and C-25, control injectors (Injectors 3 and 4 respectively).