This is a photograph of an unmodified middle timing belt cover. It will need to be machined to accommodate a small alternator mounting kit. 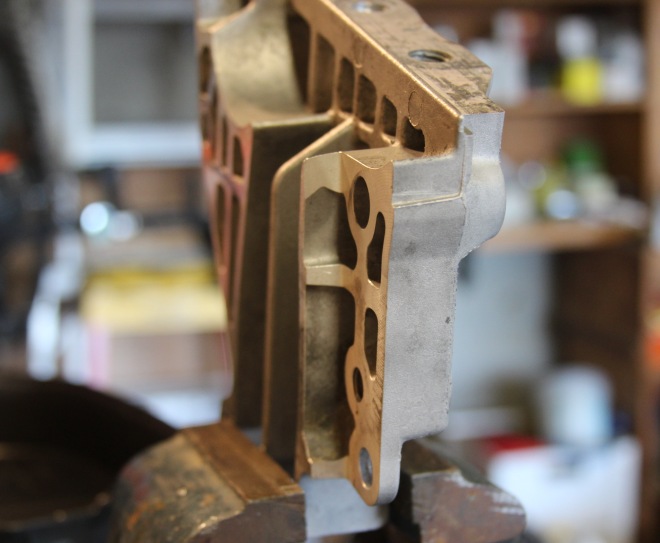 The middle timing belt cover as machined for the alternator bracket.

The alternator is needed to handle the increased electrical load of an electronic fuel injection system.

The alternator itself, apparently, comes off of a Kubota tractor.

Paul Hasselgren advises that the drive belt, once installed, must be loose enough that one could twist the belt 90 degrees sideways. The belt, if too tight, could potentially overload the alternator shaft resulting in part failure.

Next Chapter: Transition from the Mechanical to the Electrical